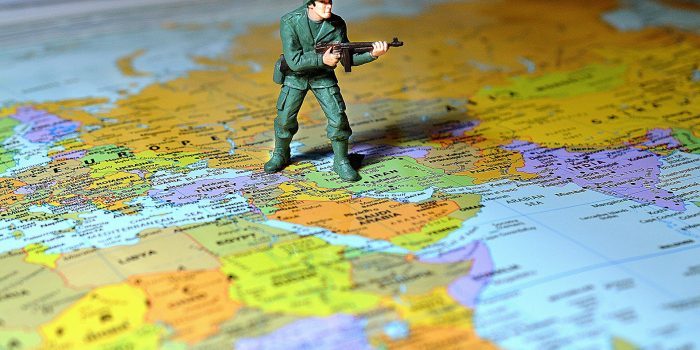 Addressing the issue about indigenous peoples in New Zealand

Following implementation of the Treaty of Waitangi Act adopted in 1975, the Waitangi Tribunal was set up to investigate claims from Maori against the Crown for breaches of the Treaty of Waitangi from 1840. This Treaty prompts the questions of the place of indigenous peoples in society. It is also a basis upon which how New Zealand copes with the relations between the natives and the rest of the population. New Zealand’s current society is very cosmopolitan, but is nonetheless dominated by two major groups, Pakeha (settlers from the colonial era, overall British, and ca 67.6% of the population) and Maori (indigenous population, ca 14.6% of the overall population)1.

The Maori arrived in Aotearoa – the Maori name for New Zealand – from the Polynesian islands in the Pacific Ocean. The date of their arrival remains a mystery. It is estimated at ca 800 AD. They may have been the first settlers of what would be later called New Zealand (NZ). Whether there were inhabitants before them remains unclear.

These warrior people developed a complex tribal organization. As there were numerous different tribes across the territory, Maori did not really have a conception of the country or society as a whole until the settlement of the Europeans.

The isolation of the NZ archipelago and the existence of warrior spirited inhabitants shaped the particular form of colonialism that developed in the country.First it delayed European settlement. The first Europeans to approach NZ were unlucky with the Maori. There were bloody confrontations which shortened their journeys to this inhospitable area. That is what happened to Abel Tasman’s Dutch sailors when they discovered NZ. They were the first Europeans to do so in 1642. The short and violent first contact with Maori forced Tasman to sail along the western coast of the South Island to avoid having further contact with what he supposed to be a violent, strange and anthropophagous people.This preserved the isolation of Maori for 126 more years.

The landing of James Cook in 1769 is the starting point of a long and initially sparse European,overall British, settlement in NZ. The resistance of Maori meant that the Crown preferred Australia for the settlement of its penal colony. Due to this, Crown’s policies were bound to be very different between the two colonies. In NZ the main purposes of the very early British colonization seemed to be more humanistic than economic. Indeed, few tradable resources were discovered at the beginning of the English settlement.This would increase subsequently as the agricultural settlement progressed and notably with the gold rush during the 1860’s.

In fact, when the British installed a formal colony after the conclusion of the Treaty of Waitangi in 1840, the consciousness towards indigenous peoples had already evolved.This was partly due to the European enlightenment during the second half of the 18th century and partly due to the previous colonial experiences.

The conjunction of all these reasons – the isolation of NZ, a quite modest economic interest,the resistance of Maori and their features, the evolution of the minds subsequently to a late settlement and the absence of a penal colony – turned generally favoured better treatment of the indigenous population of NZ.

Initially, the Treaty of Waitangi was concluded on the demand of settlers and Maori. They were looking for an increased British presence in NZ in order to ensure and protect their interests and the organization of trade with Australia. This alliance with Maori was also a way to thwart the increasing presence of French catholic missionaries and traders among Maori. The Treaty was signed on 6 February 1840 between the Chiefs of Maori tribes and the future first governor of NZ William Hobson. It concluded an alliance between Maori and the Crown. In exchange for the Crown’s protection, Maori ceded sovereignty to the Crown. This provided a basis for further development involving the setting up of the institutional framework for a formal British colony in NZ. Nowadays, the Treaty is regarded as the founding document of the NZ nation.

The Treaty also regulated the relations between Maori and the Crown and subsequently between Maori and Pakeha. This quite favourable regime towards Maori is stated in three articles.In the first article, all Maori tribes cede the complete sovereignty over NZ to the Crown.In the second article, they are recognized as to their rights of property with priority given to the Crown in the case of sale. They can dispose of all the natural resources and are ensured equal rights with British subjects. In the last article, the Queen extends her protection to Maori.

Over the years, concerns rose steadily in respect to the differences between the English version and the Maori version of the Treaty. These concerns focused essentially on the concept of sovereignty, which has no direct equivalent in Maori language. Furthermore, the Crown appeared to have later overridden the terms of the Treaty. However, it remains that the Treaty casts a legal basis for – as far as possible – fair and equitable treatment of the indigenous population,within an appeased framework for clear relations between the two communities, by comparison to other colonial experiences around the world. This provides a rare example of a fair compromise and relatively harmonious relations between colonialists and natives. In fact, throughout history many colonies have never managed to reach this understanding.

If the Treaty provides noticeable advantages to the Crown, it also includes an obligation of the Crown towards the welfare of Maori. This obligation was never denied nor forgotten and was the basis for the increase of Maori claims during the second half of the 20th century.

It is not however, the colonial power that recognized the full force of the Treaty but rather the independent country of NZ. In fact the Maori had to wait until 1975 and the creation of the Waitangi Tribunal for the full recognition of their rights under the Treaty of Waitangi.

The Waitangi Tribunal aims at bringing the Treaty into operation. The claims towards the State are based legally on the Treaty of Waitangi. The Tribunal deals with claims concerning for instance fishing regulations2, land tenure and property, legal status and resource management. Maori customs and conception of land are taken into consideration by the Tribunal, as explained for instance in section 17 « further comments » in the Report of the Waitangi Tribunal on a claim by J. P. Hawke and others of Ngati Whatua concerning the fisheries regulations of March 1978 (Wai 1).

From this perspective, the refusal of NZ to back the United Nations General Assembly Declaration on the Rights of Indigenous Peoples on 13 September 2007 can seem surprising. It is true however, that NZ had supported the elaboration of a so called « necessary » Declaration to promote and protect the rights of indigenous peoples. So it would seem that NZ disagrees not with the general initiative but with the specific form of the final document. As an explanation of the reason for the negative vote of her State, NZ spokeswoman Rosemary Banks stated that « four provisions in the Declaration are fundamentally incompatible with New Zealand’s constitutional and legal arrangements3« . She also said that « These provisions are all discriminatory in the New Zealand context ». Indeed, the Declaration suggests providing indigenous peoples with several rights that other people do not have (see article 28). This provision appears to be inconsistent with the principle of governing for the common good as it creates a form of reverse discrimination by shaping « different classes of citizenship ».

In NZ, the rights of indigenous peoples are recognized, omnipresent in the political landscape,and are integral to its identity as a nation State and as a people. Maori are integrated in society along with the previous colonialists on an equal basis although the laws and policies of the country reflect its anglo-saxon heritage more that Maori culture. Hence, the difficulties for Moari, still today, to fit in to a society that promotes values that are sometimes incompatible with its deep rooted culture and its intensity.

However, Maori are one of the largest and most dynamic indigenous minorities in the world and the Treaty of Waitangi has acquired an eminent place among the country’s constitutional arrangements. The place of Maori in society, the response to their grievances and disparities are subject to central debates and governmental actions. From this perspective, the Waitangi Tribunal is an unparalleled system for redress and is accepted by both indigenous and non-indigenous citizens alike.

NZ provides an original answer to the indigenous question. Far from adopting a strategy based on affirmative action, NZ has been asserting for a long time its action in an egalitarian perspective.In this viewpoint, no discrimination is be likely to occur between the communities. Each citizen is individually, a strictly equal part of the whole, and non-indigenous citizens have to be protected as well as indigenous citizens . This is not inconsistent with the existence of provisions aiming at respecting singular particularities and rights of each community. As one of the key features of the Kiwi society, this situation is traditionally an important subject of concern which affects the government policy, choices, and even the behaviour of NZ on the international scene.

1 – See figures of the official 2006 census at Quickstats about culture and identiy
2 – According to the « Explanation on the Vote to the General Assembly », nearly 40% of the fishing quotas are attributed to Maori.
3 – Namely article 26 on lands and resources, article 28 on redress, articles 19 and 32 on a right of veto over the State. Quotations in this paragraph are part of the « Explanation of Vote to the General Assembly ».